Mohamed Abdalla ~ "Up to the age of 18 I never knew how to speak english. Learning a language will help you change your attitude toward any culture. I was scared of the US until I came here and started learning English," says Mohamed.
While in Egypt, Mohamed was touched by a friend, Steve from the US, who introduced things like hiking and camping to him and encouraged him to move to Bozeman.
Mohamed is currently pursuing a degree in Civil Engineering at MSU. He is one of the friendliest and warmest people we know, and he is always very excited to share stories about his native country and about his family with members of the community. He loves tutoring and working with young people. He is very playful and dedicated to the mission of helping others learn second languages.
"What makes me happy is when you teach a language, you give someone the key to explore more," says Mohamed. "And I feel like you live longer when you teach...I love seeing people growing in front of me. I can see myself reflected in these young people." 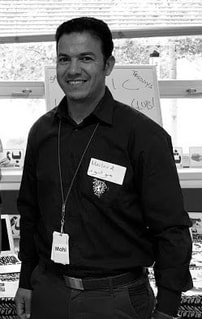 Mouloud Mahi ~ Mouloud is from Oujda, Morocco and received his bachelor's degree in English Linguistics. This year, he is being hosted at Irving Elementary School through TCLP. During his year in the U.S. he looks forward to experiencing American life, meeting new friends, and celebrating Moroccan and American holidays. "Our language is our window to the world. Learning another language is an additional window. Let's learn Arabic and let us have another window. " ~ Mouloud Mahi 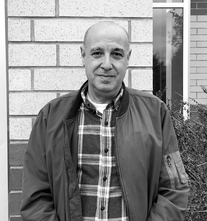 Bassam Alkholy  ~ Bassam has been a professor of Arabic as a foreign language in the Modern Languages Department at MSU-Bozeman since August 2019. Before arriving to the United States to study and teach, Bassam resided in Jordan and taught in Saudia Arabia for 10 years. Bassam received his bachelor's in education at the University of Cairo. He then went on to receive an advanced certificate in language education at the Defense Language Institute in Monterey California in 1998, and then on to advanced degrees at the University of Arizona in 1999. In 2019, Bassam and his family moved  to Bozeman to accept an Arabic faculty position at MSU-Bozeman. As an instructor of Arabic, Bassam believes strongly that introducing Arabic language and culture to young learners in the local school systems is a pivotal opportunity for both the individual students and our community. He knows that early student exposure in Arabic, as well as opportunities to be introduced to or continue to learn in middle and high school, will encourage many learners to pursue the language at the university level..
Have a Question?
​Email info@wlimt.org