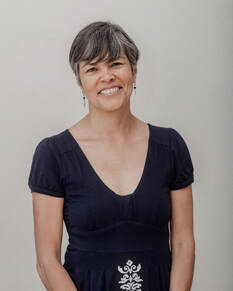 Marilyn Guggenheim (Board President) - Marilyn grew up in southern California, where she wishes she had the chance at her K-5 school to learn Spanish WLI-style from her many classmates raised in bilingual families! She started studying Japanese in college, and learned some family history by living with her mother’s three sisters in their Tokyo childhood home. She taught Japanese language and literature at Montana State University for six years, and now enjoys sharing Japanese greetings and songs, memories of and trips to Tokyo, folk tales, anime, and origami with her two sons. Building true connection with people through interactive stories and ideas is one of her favorite pastimes. 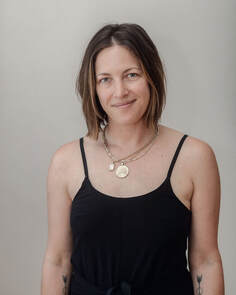 Katie Wing (Vice President) - Katie Wing, is​ owner of The Loft Spa Downtown Bozeman. She brings a strong business sense, a commitment to mission-based endeavors, and a commitment and passion for language and cultural diversity to our community. We are so excited to have Katie on our board!

Chett Cross - Immediately after graduating from college in 1996, Chett moved to Gardiner, Montana to work as a part-time  biologist and part-time historian for the National Park Service. He moonlighted as a fishing guide. Four years later, curiosity and fascination landed him in the bond market where for 18 years he was honored to work with institutional clients all over the US and in many other countries. The best part of the job  was teaching most of his clients how to fly fish during his trips to visit them! Now he works for his American Bank, a former client, in Bozeman, Big Sky, and Whitefish where he manages the investment  portfolio along with the assets and liabilities of the Bank.  He and his wife have two children who spent the first half of their lives in Boulder, Colorado, fly fishing,  skiing, hiking, and backpacking. Chett likes to stay busy, so in Boulder he was privileged to be elected to the boards of Boulder Flycasters, Downtown Business Owners, Boulder Little League, Trout Unlimited, and others. In 2014, he and his family moved to Montana. His daughter was in the first Arabic Program at Irving Elementary. Now in 9th grade at BHS, she is thriving with her foreign language courses and plans to speak multiple languages and live overseas after college.  Chett believes that the ability to speak a second language is vital not only to the future professional life of a student, but also to their understanding and acceptance of different cultures and ideas. The latter is extremely pertinent amid the current lingering world and domestic political tensions. 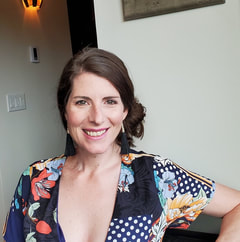 Drewry Hanes - “I am thrilled to be part of WLI-MT’s Board of Directors. After studying German and Spanish in school, I had the opportunity to use my skills working at a Lodge in Ecuador, and teaching Spanish to emergency personnel at a community college in North Carolina. My undergraduate degree was completed at the School of Oriental and African Studies in London where I studied KiSwahili & Zulu as part of my African Studies and Social Anthropology degrees, leading me to work in health research in Africa. During my later work as a nurse in New York and a Nurse Practitioner in Montana, I relied on my language skills to provide quality care to patients. I am excited to help create an avenue for all Montanans to benefit from the opportunities languages bring into their lives." 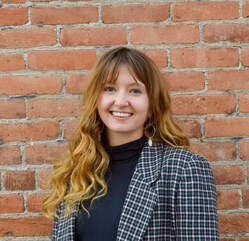 Claudia Koechell - As a young professional with a global mindset, a fervor for studying languages, and a strong initiative to connect with her community, Claudia is thrilled to be a part of the WLI-MT Board of Directors. She currently works on the development team at commonFont, a Bozeman-based tech company, but is originally from Wisconsin. While at UW-Madison, Claudia studied abroad in Buenos Aires, Argentina with a Spanish immersion program where she interned and volunteered with local advocacy groups. After graduating from college, she moved abroad to Paris, France to work as an au pair and to learn French. In the summers, she continues to travel back to France as a guide with a service-based travel company for teens called Global Works. Claudia loves studying languages, learning about other cultures and traditions, and above all, inspiring others to do the same. 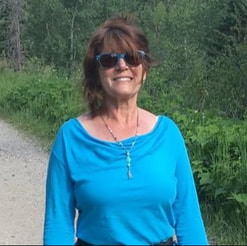 Brigitte Morris - Brigitte was born and raised in France. She earned a Master’s in Sociology-Anthropology at Université Paul Valéry in Montpellier, France, just before moving to Bozeman. One year after her settling in Bozeman, she fulfilled a personal desire and a community demand to share her French culture and heritage.  She founded a chapter of the Alliance Française in 1990 and rented a room in the newly transformed Emerson Center where she taught French and offered many cultural activities. A few years later, she opened Alliance Française’s doors to the teaching of other foreign languages and offered French, Spanish, Italian, Portuguese, and Chinese classes adults in the Bozeman community for about 30 years. She also taught and implemented French language curricula in elementary schools in Bozeman and Belgrade.  Her other professional experiences include teaching French language and theatre at MSU for over 25 years as well as seminars with the Honors College and the College of Letters and Science. In June 2016, she received a Master’s in Education from MSU and continues teaching French at MSU and in the community.
She is pleased that the World Language Initiative has worked hard to offer many foreign languages in the Bozeman schools and greater community, and looks forward to offering her expertise and energy to help it grow.
Bridget Kevane - Bridget is from Puerto Rico and a professor of Latino/a/x Studies at Montana State University. She teaches courses on the history, politics, and identities of Latinos in the United States and has published widely in the field. Bridget has long been active in Gallatin County working to create better services for the Latino population. She is a regular Humanities Montana speaker on Latinos in Montana and has partnered with non-profits in the valley address inequities present in the Latinx community.